Regression and Confirmation testing. What is the difference?

Note: this article was updated in September 2019.

In this article, we would like to separate the differences between these types of tests. But, where and why to use each of them? We will show you with descriptions, examples, and comparing.

What is regression testing? Examples

Let’s look at the examples of regression tests. Imagine such a situation, at the webpage there’s a form for downloading the research, for example, Future of Mobile Testing Automation [1]at QATestLab site. It was decided to add one more field “Job Title” to the input form. After its realization, a QA Engineer verifies the form to make sure the change causes no side effects. In such a case, regression testing is performed. 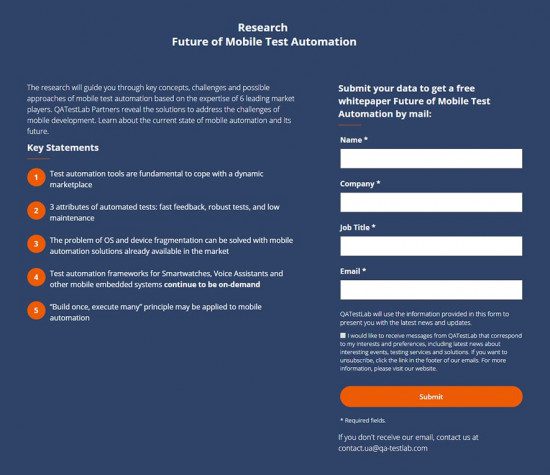 Confirmation testing (also known as retesting) is the execution of the failed test case with the same data in a new build after the bug fix. The testing scope is not changed during confirmation checking.

Retesting can be conducted to:

Here are the examples of the confirmation tests. Let’s imagine you want to subscribe to the QATestLab blog[2]. You input your valid email in the form and click the “Subscribe” button. But the button is not clickable – nothing happens. You open a bug as the button does not work as intended. A developer fixes the bug and assigns it to you for retesting, i.e., to make sure the button is active now.

You repeat the same steps – enter your valid email and push the button. And voila! You have successfully subscribed to the QATestLab blog. That means that the bug has been fixed.

Now it’s time to compare these two types of testing as they are not the same as you may see from the information provided above.

We hope that this article was useful to you. To get more useful advice, check the QATestLab blog.